About.me and the "Spawning of Features" 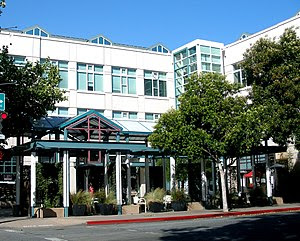 Image via WikipediaAol announced yesterday that they acquired the recently launched service called About.me. There's been some discussion about why a brand new service was sold four days after they launched, and what unique proposition they offered. If you haven't heard, About.me is a simple-to-setup "calling card" webpage. Here's mine: Jim's About.me page.

There are two things that captured my imagination about this service. The first is, why them? There are many other sites that have been doing this for a long time. Flavors.me comes to mind, but so do services from the "big boys". Check out Google Profiles and Yahoo Pulse - they're giving these services serious attention in an effort to capture the "identity space" that Facebook and LinkedIn have done such a good job with.

I suppose Aol wanted to provide a simple to use service (I have to admit, the user experience on About.me is clean and simple - a big plus), at an easy to remember domain...in an effort to stay competitive with Facebook, Google, and Yahoo, among others. If Facebook has proven anything, it's that "identity" on the web is important to growth.

The other thing that captured my attention about this service - more so than all the other discussed and debated points - is the "spawning of features" effect. What do I mean by that? If you view Facebook as a collection of features, services, and applications, it can be overwhelming. Certainly it's not a user experience to be admired (aside: this point validated by the recent appointment at Facebook of Paul Adams, previously Google Researcher that critiqued Facebook's user experience). So, I see a trend where companies are launched based solely on one simple feature that was previously part of Facebook.

A service like About.me is just a simplified, standalone version, of your Facebook profile, with a dash of design elegance and a dose clean UI/UX. It doesn't stop there. Don't forget Twitter. It is, in it's genesis, a standalone version of Facebook's status update. Ditto for Path, the latest buzzed about photo sharing service. What else?

It's interesting to speculate what might come next. But it's equally perplexing when you consider that many critiques of new start-ups brush them aside as mere features, not companies.


Related articles I hand selected with the help of Zemanta: